This archive contains links to all of the Middle Grade Book Reviews we've written over the years. As you can tell, we're really more of a site for grown ups. But we've got a few. If you've come here looking for something in that realm, you're in luck! We just happen to have more than a few suggestions lying around the place waiting for your perusal.

Just don't forget to let us know what you thought of a book you've read or if there's a suggestion you have for something we'd like to read! We're always looking for another suggestion of something that your kids read. 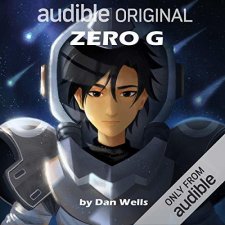 I don’t read a lot of middle grade books. Last ones I got to were probably the Series of Unfortunate Events books by Lemony Snicket (Amazon), which are brilliant good fun, especially when they’re read aloud. I was trying to remember what books I was reading around that age and realized that at 11 I was pretty deep into the Dragonlance Chronicles series by Margaret Weiss and Tracy Hickman (Amazon), thanks to my good friend Scot. It might be because of this, that I don’t remember reading an awful lot of funny, goofy, adventure romps like this one. There’s a part of me that thinks I might have missed out, but another that can’t help but remember how much I enjoyed reading back in those days. So I can’t have missed out on too much, can I?
Read the rest of this review »

Arriving at the final book of the Lockwood & Co series, THE EMPTY GRAVE, leaves me with mixed emotions: so happy to see our gang of heroes find the answers they’re looking for, but also sad to see this fantastic series come to an end. Over this series we’ve watched as Lockwood, Lucy, and George have navigated the dangerous and mystifying world of ghosts and ghost hunting. They may only be kids, but this small and independent company has uncovered secrets small and large, fought dangerous ghosts, and dealt with the frustrating politics of being the little guy in a big industry.

Now we get to see the fruition of all their hard work. THE EMPTY GRAVE ends the series in a way that won’t let you down.Read the rest of this review » 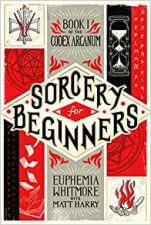 Owen is your average Middle Schooler: he’s ok at sports, he passes his classes, and he has a couple friends. But when his mom leaves to work in Sumatra and dad takes him to live in Las Vegas, Owen is sure life will never be the same.

Even then, he didn’t account for finding the Codex Arcanum bookstore and buying SORCERY FOR BEGINNERS. Now his life is *really* going to change.

SORCERY FOR BEGINNERS claims it’s what the title says: that this book will teach you, via story and real-life examples, how to become a sorcerer. You’ll follow Owen’s story as he buys the book after being promised the “Spell to Rewrite History” which Owen plans to use to revert to the time before his mom left.
Read the rest of this review » 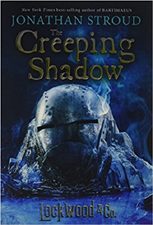 I suppose I should be embarrassed for the squees involved in a series meant for middle grade readers. Certainly I am an Elitist, but that doesn’t mean I won’t give recognition where it is due. And Johnathan Stroud is due recognition for a smart, well-written, engaging horror series known as Lockwood & Co.

In THE HOLLOW BOY Lucy’s ability to talk to ghosts changes everything, and she learns that if she stays with the company her presence may be the result of Lockwood’s death. So, out of loyalty and love for her friend and co-worker, she leaves to become a freelancer. In the opening of THE CREEPING SHADOW we see how Lucy is handling her new life–and learning the hard way how much more competent Lockwood and Co. is than other ghost hunting groups. Sure she misses her old team, but is determined to never go back.

She sticks to her plan until the day Lockwood shows up at her little apartment to hire her for a job that the famed Penelope Fittes wants them to do–and it requires Lucy’s special listening skills. How can she say no?
Read the rest of this review » 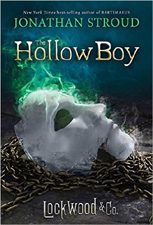 Yep. This series just gets better and better.
Read the rest of this review »

Song of the Deep 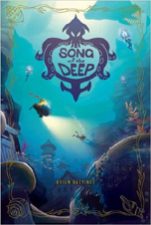 Young Merryn and her father live by the sea, where her father fishes for his living. Merryn’s mother is dead, so it’s just the two of them living in the shack by the sea–at a time when being a fisherman grows more and more difficult, there are fewer fish being caught every time he goes out to sea.

Until one day when her father doesn’t return.
Read the rest of this review » 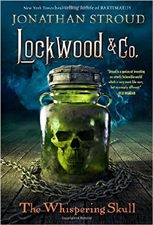 The kids at Lockwood & Co. are doing just fine. The events in THE SCREAMING STAIRCASE gave them enough notoriety to keep them busy with work and enough money for a comfortable lifestyle–even if it hasn’t made them rich. But being the smallest ghost hunting agency in London makes them a target for agencies like Tittles where Kipps’ team takes the prize from under Lockwood’s nose in the opening chapter. A frustrated Lockwood team grows bold and bets Kipps’ team that if they end up on the same case again, the team who loses the bet must take out a newspaper ad declaring the other the best ghost hunting team in town.

It doesn’t take long before the Lockwood team is put to the test, and it turns out to be their most dangerous case yet.
Read the rest of this review » 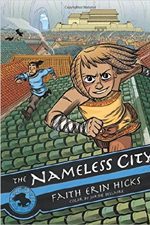 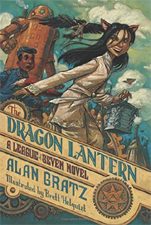 But immediately upon recovering the lantern it’s stolen.
Read the rest of this review »

The League of Seven 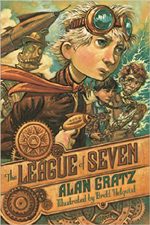 But it’s only by working together that they can stop Edison from waking the Mangleborn buried in the swamps of Florida.
Read the rest of this review »