This archive contains links to all of the Science Fantasy Book Reviews we've written over the years. Dragons versus laser blaster. Pew-pew... ROAR! If you've come here looking for something in that realm, you're in luck! We just happen to have more than a few suggestions lying around the place waiting for your perusal.

Just don't forget to let us know what you thought of a book you've read or if there's a suggestion you have for something we'd like to read! We're always looking for the next best science fiction read, even if it skips over most of the hard science stuff. 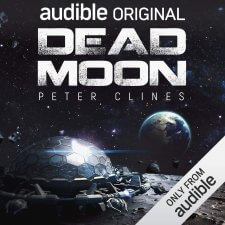 Posted: May 17, 2018 by Writer Dan in Books that are Mediocre Meta: Robert Jackson Bennett, Science Fantasy 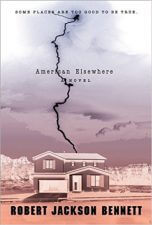 So, we put this book on our “Best of” back in 2013 without posting a review for it. I know. Naughty us. I thought it was about time that we rectify the problem. Plus, it gave me another chance to read a Robert Jackson Bennett book. 🙂 After reading his Divine Cities series, I made a point of putting his name on my go-to list of authors to constantly check in on. Interesting story that’s actually on topic: I was having dinner with a few friends back in February. Brian McClellan (of Powder Mage fame) was part of the group and talking about how he was helping beta read Robert Jackson Bennett’s most recent work in progress. Nearly lost my stuffing. Can you say jealous? Whoa. Anyhow, I found this story on my audio book app, and the rest, as they say, is history.
Read the rest of this review »

Hey, how’s it going, Barbara? Sorry it’s been a while since you sent us this novel, and I’m only now getting to a response for you. Life, as they say, has a away; what with SPFBO-round-twos, vacations to Hawai’i, and other such takers of precious time. Anyhow, thought I’d drop you a line because I was really quite excited to read the next story in your Dying World series. Hope this format is okay as well. I know you might get the feeling that a few others are reading over your shoulder, and you’re totally right. They are. 🙂 But you should be used to that by now, what with having so many of your stories out in the wild. So, here you go.
Read the rest of this review »

For those of you who have been following the Self-Published Fantasy Blog-Off Mark Lawrence has been running for the last six months, you’ll know that we’re into the final round where, theoretically, the ten best novels of the approximately 275 that were submitted are now in our hands. For those of you who weren’t aware of this… you now are. The reading process has moved along smashingly well for me. In fact, significantly better than it should be. As of this moment, I’ve placed my completion mark on all of the stories I’ve been given thus far and only completely finished reading two of them: the one that we submitted to the pool from the first round, THE THIEF WHO PULLED ON TROUBLE’S BRAIDS (EBR Review), and this one. Unlike any of the other stories in the finalists’ pool, this one immediately grabbed me, immediately impressed me, and immediately impressed upon me that it was going to be a brilliant read.
Read the rest of this review »

So pretty much everything I said about AN OFFICER’S DUTY (EBR Review) I should just cut and paste into this review… because its sequel HELLFIRE (Amazon) is almost the exact same book. Save yourself some time, read that review, and come back and I’ll try to be succinct.
Read the rest of this review »

I made the mistake of starting AN OFFICER’S DUTY (Amazon) before reading the book that came before: A SOLDIER’S DUTY (Amazon). I was completely lost and from what I read, the PoV character Ia was an insufferable know-it-all so I stopped. It reminded me too much of the annoying Kris Longknife books, only with more infodumps. As a result I wasn’t interested, but with Steve’s prodding I tried again–from the beginning this time.
Read the rest of this review » 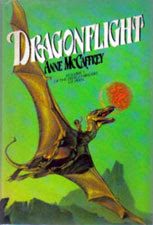 Pern is a planet inhabited by human colonists, whose way of life is affected by the deadly Thread that rains down at intervals from a nearby star. The only way to stop the Thread from reaching land and causing destruction is to burn it en route using genetically engineered telepathic dragons with their dragonriders to guide them.
Read the rest of this post » 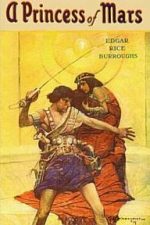