Posts tagged with "Books for Chicks"

The Spellbook of Katrina Van Tassel

Posted: December 11, 2018 by Vanessa in Books that are Mediocre Meta: Alyssa Palombo, , Books for Chicks

If you’ve never read the original Washington Irving short “The Legend of Sleepy Hollow,” you should (it’s easy to find a free version online…but be sure to have a dictionary on hand, it’s not necessarily an easy read). You’ve probably seen the silly Disney cartoon, but the original story has an ambiance and mystery about it that is enhanced by its brevity and style. Alyssa Palombo attempts to re-tell this American classic in her recent THE SPELLBOOK OF KATRINA VAN TASSEL, while retaining the setting details and characters, but giving it a modern twist.Read the rest of this review »

Are you in the mood for a breezy, uncomplicated read? Would you like to capture a bit of summer as winter digs its angry claws in for another bite? Did you love the movie Splash? Do you or would you like to speak “surf?”  (It’s an identifying language, just like all other sub-cultures possess.) Good news: I have a sweet, entertaining story for you! Turn off your analytical brain and enjoy.
Read the rest of this review »

Cassidy has magic: the emotion and events in which items are involved give them a history she can see. Her friend and co-worker Teag uses his magic to weave power into fabric or other items. They are employed by the vampire Sorren and are part of a larger magical community of good guys called the Alliance. Cassidy and Teag’s job is to find magical items they encounter during their work as antiques dealers in the heart of Charleston and take care of the dangerous items. Of course the nature of their work means they sometimes go up against some nasty things.

Sorren has been around for about 600 years and as a result of his work has made his share of enemies. And after a strange series of events where Charleston ghosts are acting strange and random people are disappearing, Cassidy and Teag begin to think that an old nemesis of Sorren’s may be the culprit.
Read the rest of this review »

Life was going just fine for Mattie when on her meter-maid route she discovers that a demon is following her. This is bad news, since the FBI considers demon masters potential terrorists. She’s desperate to find someone to get rid of the stinky little guy when…another one seems to attach itself to her. That’s impossible, isn’t it?

Mattie feels like she messes up everything: she gets put on probation from her job, hurts herself and totals the moped she uses on her rounds, misses her demon-banishing appointments, and now has to babysit her niece for a few days while her brother Lance is out of town. Friend Karen takes her out for lunch and helps Mattie get some much-needed perspective–and a potential date from the hunky waiter. But then Mattie discovers that Lance is up to his old gambling problems again, more demons start following her around, and she learns that the FBI wants to talk to her.

DESTINY BLUES by Sharon Joss is one of the books from Mark Lawrence’s Blog-Off given to EBR. LARCOUT (EBR Review), which I finished before this book, is a better novel overall, so alas DESTINY won’t make it to the next round here at EBR, but I wanted to point out that despite its failings, this book was fun to read and it’s easy to see this author’s potential.
Read the rest of this review »

Imogen is a writer who dreams of some day becoming a famous author. To that end she has applied to the exclusive Melete, a New Hampshire artist retreat where she–and other aspiring artists of various talents–would have access to famous artists as mentors. Also accepted is Imogen’s younger sister Marin, whose talent in ballet has people predicting a successful professional career.

The sisters had a difficult upbringing. With a father out of the picture early on, their mother raised them with a tyrannical fist. For her own sanity, Imogen signed up for boarding school and left home–including her sister to deal with their crazy mother alone. When they arrive at Melete together, the sister’s relationship seems normal on the outside, but like Melete, not everything is as it appears.

For the first couple of chapters I didn’t like ROSES AND ROT, Kat Howard’s debut novel. The setting is trendy and pretentious (‘it’s all about the art!’). The sisters’ baggage felt overwrought. The foreshadowing seemed cliché. I was sure I knew where the story was heading.

But I forged onward and was rewarded with a story I didn’t expect.
Read the rest of this review » 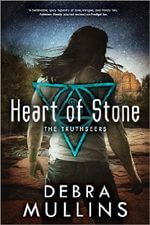 Faith has a secret. Years ago she was forced into an impossible choice: use her powers to kill or hand them over to her husband to use. Rather than kill those she thought innocent, she fought against her husband and accidentally killed him. It’s more complicated than that, however.

You see, Atlantis existed, and there were survivors, and they all had one of three kinds of magic: Seer, Channeler, and Warrior. But the survivors blame each other for its demise and are convinced that killing each other off is the only way to ensure future survival. Faith is a channeler, with the rare ability to manipulate stone, and now everyone wants her to use the three Atlantian stones of power to wipe out their enemies.

Darius is a seer, gifted with empathic abilities. His family has one of the stones of power and need Faith to use her magic and heal it of the impurities it’s collected over the years. After a run-in with people who want to force her to help them, Faith decides to accept Darius’ offer of safety and money so she can get back on her feet.
Read the rest of this review »

Posted: August 5, 2015 by Vanessa in Books We Like Meta: Chloe Neill, Urban Fantasy, Books for Chicks 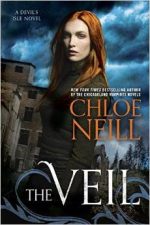 Claire inadvertently discovers that she’s a Sensitive, but hides her ability, risking not learning to control her ability–she doesn’t want to be sent to Devil’s Isle. Despite being careful, she’s seen using her powers by Liam Quinn, but fortunately he decides to help her. But that’s a risk in itself, because Claire knows little about Liam or his motives.
Read the rest of this review »

Servant of the Crown

Posted: July 13, 2015 by Vanessa in Books We Like Meta: Melissa McShane, Fantasy, Books for Chicks 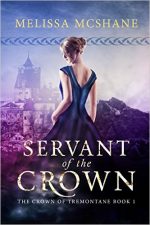 One would think that’s where the story ends. But one would be wrong.
Read the rest of this review »

Posted: March 16, 2015 by Vanessa in Books We Like Meta: Melissa McShane, Fantasy, Books for Chicks 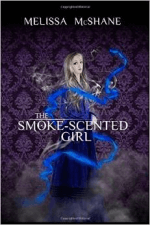 They go off in search of what they believe is a new, powerful fire spell that could change the course of the war that threatens the border of their country–also knowing the consequences if they don’t find it.
Read the rest of this review »

McKayla’s aunt Avril has always been a little odd. She travels the world as a psychic for the FBI, to the chagrin of McKayla’s mother, who doesn’t like it when she talks magic with her daughters. Now, Avril is visiting Sun Valley in small-town Idaho where McKayla and her family live in order to investigate a serial killer who – it appears – possesses her victims. McKayla goes with her aunt during a case to interview the widow of a murder victim. There she discovers that maybe Aunt Avril’s psychic abilities are magic and run in the family because McKayla can feel the window’s emotions–she’s empathic.

But that’s not even the strangest thing, because despite outward tears the widow’s inside emotions are not what McKayla expects a widow to be experiencing: she’s not sad, she’s angry.
Read the rest of this review »