This archive contains links to all of the Dark Fantasy Book Reviews we've written over the years. Look out. They just might bite you if you turn away. If you've come here looking for something in that realm, you're in luck! We just happen to have more than a few suggestions lying around the place waiting for your perusal.

Just don't forget to let us know what you thought of a book you've read or if there's a suggestion you have for something we'd like to read! We're always looking for the next deep dive into the grim depths of this brilliant genre.

The Court of Broken Knives

Back during one of my interminable years of college, I was able to take Sanderson’s Creative Writing course. This was before things took off for him with the Wheel of Time. Mostly I just took the class because I’d begun to dabble with writing my own stuff–instead of just reading–and the teacher happened to be a local author of some minimal renown. Deal. One of his lectures that semester was about how to use perspective and point of view in our stories, and we talked about all sorts of things, not the least of which was the several options we had to choose from.

I remember one question in particular from our discussion being about mixing first-person and third-person POVs within a single book. My recollection is that he said something along the lines of “being careful” but that you could do it, if you wanted to. That’s not something you come across very often though: first- and third-person POVs in the same book. In fact, I can’t remember the last time I read a book that did things that way.

Well, not before this one, anyhow.
Read the rest of this review »

A lot of books can’t wait to reveal all of their secrets. Others dole them out slowly, reeling the reader in little by little. And while unintentional disorientation is the sign of bad writing, intentional disorientation can be fun. It requires a little more work and patience from your reader, but once you figure out the game, it can heighten the pleasure inherent in reading, the tension and relief of revelation.
MIDDLEGAME takes the ‘low and slow’ approach, revealing its secrets bit by bit. It’s effective because McGuire centers a complex story structure around compelling and simple character stakes to make an unusual story.
Asphodel Baker, a talented alchemist who was ignored and underestimated because she was a woman, had a big idea. She wanted to embody the Doctrine of Ethos, which McGuire describes as the “balance between language and mathematics” (kindle location 108). Basically Baker believed that these two forces shape the world, and could bring magic back into it if […]Read the rest of this review » 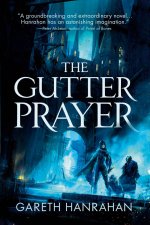 This one sat on my shelves for way too long. Being fair, after I first got it, I read the opening chapter and was totally turned off by what I found. Put it back on the shelf and forgot about it for a while. After seeing some buzz about it though, I decided to pick it back up. Still hated that opening chapter (a prologue that really wasn’t a proper prologue), but after that it got pretty decent and didn’t bother me again until the end of chapter 1. 🙂
Read the rest of this review »

Posted: May 15, 2020 by Writer Dan in Books We Like Meta: Anthony Ryan, Dark Fantasy, Fantasy

Seems like forever ago that we had someone comment on the site that we should check out this series. (Bonus points to anyone that knows where that suggestion is located…) So it’s been sitting at the back of my head ever since then, just worrying away at my sanity, while I watched my TBR pile ebb and flow. In fact, I’d all but forgotten about it when I came across an available audio book copy at my local library. Public Libraries ftw yet again.
Read the rest of this review »

Along the Razor’s Edge

So here I stand with another self-published fantasy novel at the completed end of my reading schedule, ready to write a review for you our reading public. What ho! you might say, “knowing” that we here at EBR would never deign to dip into the slush pile of self-publication by choice and thus thinking, perhaps, either us liars or yourselves the subject of a slip in the space-time continuum. But don’t worry your pretty little heads. There’s a part of me that is, as well, equally surprised to be bringing you my thoughts and feelings about such a book, but I wouldn’t have it any other way. Because more than anything else, I like to be pleasantly surprised. Only problem is that this read was anything but a pleasant surprise. Instead…

It was a bloody brilliant evolution of sheer story-telling genius.

And now I get to share that experience with you.
Read the rest of this review » 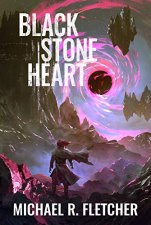 I don’t often go out wandering amidst the self-published story crowd, but I was vaguely not-paying-attention on Twitter a while ago and ended up making a request for an eArc without realizing from whom I was making said request. That story is not this one (you have to wait until Friday for that one), but after making that first request and paying attention to what that author was doing, I ended up making a couple of other requests from self-published authors that were in his circle, and this is one of those.

Without being too specific, I can definitely say that I have been pleasantly surprised with both of those I’ve read so far. Count me lucky, but more likely blame the buzz about this year’s instance of Mark Lawrence’s Blog-Off for steering me in the right direction. Because otherwise, I likely wouldn’t have ever come across this author or his book anytime soon. And can I give some kudos to the artist of the cover art? Was totally one of the things that made me take the plunge and read this one. Check it out.
Read the rest of this review » 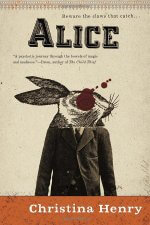 After reading Christina Henry’s THE GIRL IN RED (EBR Review), I couldn’t wait to find out what other tales she’d been telling that I didn’t yet know about. That first one was a brilliant take on the simple tale of Red Riding Hood, and I was hoping to find more of the same in this one, which is obviously pointed at the classic tale Alice in Wonderland. There have been enough versions of both these tales told that it might seem as if we really don’t need another. One of the great things about storytelling though is that even if the ideas and plots are pillars of stability in our minds, a new tale can still be just as invigorating and fun to read as if everything were brand new. And these stories? They’re pretty new. There’s enough of both the familiar and the new that they end up being really great reads. But here I am getting ahead of myself a bit.
Read the rest of this review »