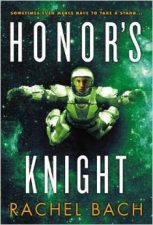 After the exciting events from FORTUNE’S PAWN (EBR Review), Devi has found herself without a partner and several of her recent memories. It drives her crazy that she can’t remember what happened when Cotter died, or why her fingers sometimes turn black, or why little blue critters appear on the ship that others can’t see. But she’s determined to not let any of that stop her from doing a good job. She doesn’t want to give Caldswell a single excuse to dump her at the next available space station.

Devi helps hire Cotter’s replacement, an old pro named Rashid whose gear and experience seems too good to be true. But the idea of having someone with those qualifications at her back is too hard for Devi to turn down. As they work together, despite his professionalism Devi can’t help but wonder about some of the inconsistencies of Rashid’s story.

But she doesn’t have time to worry about Rashid between the ship’s unusual destinations, attacks by mercenaries, and a strange revulsion to the ship’s cook–while at the same time compelled to be with him. The strangest of all is being attacked by a giant space squid (you know, the kind that can destroy planets) that no one else but Devi can see. And with that knowledge everything changes.

As in book 1, the pace moves quickly, the story told from Devi’s PoV. The prose is as succinct as before, and we learn more about our characters and the universe in which they live. All the hardship Devi went through in FORTUNE increases ten-fold in HONOR’S KNIGHT (Amazon). After spending the first quarter of the novel with her memories gone (a part of the plot I didn’t understand the purpose of; and even though it was explained, it still felt unnecessary and overwrought), she justly feels betrayed when said memories are returned to her. But there’s a reason why Caldswell returns her memories. During her fight on the dying xith’cal tribe ship she was bitten by a plagued alien and now she carries a virus that may save the universe.

After the exciting events from FORTUNE'S PAWN, Devi has found herself without a partner and several of her recent memories in HONOR'S KNIGHT.

Now Devi must decide whether she feels betrayed enough by Rupert and Caldswell to join the enemy or if she should trust their plans. Either way she may need to work closely with the savage xith’cal in order to figure out how to use her plague to save the universe from other invisible space squids. I feel sorry for her, things only get worse and worse. Of course that makes for a compelling story as she tries to figure out who she can trust and where she should go and how (if) she can control the plague raging inside her body. Here the story gets circular and there were times where I didn’t understand why Bach took the character/plot the direction she did–really Devi stays clueless for too long. But like some Urban Fantasy I’ve read (I mentioned in the FORTUNE’S PAWN review that I thought it had more an UF feel than a military SciFi feel) the pace moves quickly and the main character is compelling enough that I’m willing to not be nitpicky.

The ending is exciting and kicks up the stakes so high I don’t know where the series is going for book 3, HEAVEN’S QUEEN, so I for sure want to read it and find out.