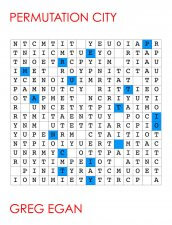 I’m reaching way back into the vault for this one: 1994. Yeah. I was still in high school and nowhere near mature enough of a reader to pick up half of what science fiction was offering at the time. Sometimes I wonder if I’m a mature enough reader these days to understand some of the stuff that science fiction is bringing to the table. A lot of it just makes me go cross-eyed with annoyance and leaves me wondering why story and character are so often pushed to the back burner in favor of presenting ideas that the author thinks are important. Why do they need to present these ideas in the form of fiction? Why not just fill out encyclopedias with these awesome ideas and essays, if the presented construct doesn’t really matter? Still, there are some really cool ideas that get flung around here and there, and I guess authors aren’t exactly going to stop presenting their ideas in these ways. So, we might as well read them, if we can handle them, and try to get what we can out of them. Yes? Yes.
Read the rest of this review » 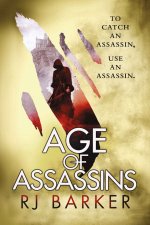 Recently I’d been seeing frequent mentions about R.J. Barker’s new book, The Bone Ships, but didn’t have ready access to a copy. So I went looking for another book by the same author and found this one. Apparently it’s his debut novel, and was just published a couple years ago. From the publication schedule, it looks like they were probably all written first, and then he got picked up by his publisher. 6-month, very regular release dates kind of point in that direction. Seems like I see this significantly more often from speculative authors across the pond, but not so much from those here in America. Wonder if that’s because I just haven’t noticed them, or perhaps if it’s just something they don’t do here as often. Bonus for people that find they really like the thing, I guess. 🙂
Read the rest of this review »

Writers of the Future, Volume 35 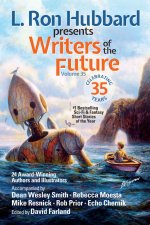 The anthology included 12 stories this year. No Published Finalists. There were also a couple essays and a couple stories by those associated with the contest, and then the art for each of the winners. For me though, the important part was the stories. Want to know what I thought? Figured so.
Read the rest of this review »

There’s a part of me that wonders if I’d have ever decided to pick up this book if I didn’t have a Twitter account. A few months ago, there was just this rash of people talking about it in my feed and gushing about how beautiful it was, or what a great book it was. So I decided I’d better see what all the hubbub was about. There are a couple other books like that in my to-read queue right now, but this was the one that took precedence because it was the first one I had free access to it. Got nothing but love for my local library.
Read the rest of this review »

It’s been too long since I read me some short stories. Only one other anthology in the last year, in fact. Yeesh. You’d think I’d been avoiding them purposefully, but that would definitely be incorrect. Anyone out there have a suggestion for some good short fiction I can get my hands on? Something in anthology form and not a collection, if possible (unless it’s really good). Anthologies just give you so much variety that I can’t help but be glad I read them — despite what overall rating I give them — because there’s usually at least a few good ones that will rise to the top. And then I have some good suggestions on new authors to go chase down.

I found out about this one because of an email submission from our contact form. Like, from here on the website. Yeah. See. It does happen. Not very often I’ll grant you. AND, as it happens, I have somewhat of a geographical connection to the anthology. Oh, AND I met Joe at another convention, and he was a cool guy. So there’s that stuff too. Sorry if I got anyone’s hopes up. Anyhow. Time for some shortness. You ready?
Read the rest of this review » 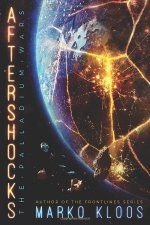 So, it’s been a while since we’ve had a book like this from Abercrombie. Real quick US publication timeline for those of you that aren’t immediately aware: 3 years since Sharp Ends (last short stories), 4 years since Half a War (last YA), 7 years since Red Country (last stand-alone), and 11 years since The Last Argument of Kings (last series book). Thus, I’d be painting the canvas pretty thin indeed if I were to say, for instance, that I was stupid-excited to finally read this thing. I won a contest over at Pat’s Fantasy Hotlist back in the day and inherited all three books of the original First Law trilogy, published by Pyr. Was the beginning of my first love affair with the works of Abercrombie. Guy just knows how to do story right, and I was hoping that he’d continue that trend. His response was a little bit “Yes”… and a little bit “No”.
Read the rest of this review »

A few months ago I hit up a small fantasy and science fiction convention just north of me. The guests of honor were Jim Butcher and Laurell K. Hamilton. Was loads of fun to see both of them. Jim was hilarious and engaging, with a head of long blue hair, and was so much more of a nerd (to my delight) than I figured he’d be. Laurell was calm and collected, had load of insightful comments, and was way shorter than I thought she’d be. Course, I’m no slouch in that department. So, it’s all relative. In the main, I was very impressed by both of them. I came away from that con feeling energized and happy that I’d gone. Near the end, Laurell made a plea in one of her panels for all of us to write reviews of every book we read. They did more good for authors than we realized, she said. Now, granted. The Anita Blake series probably didn’t need another book review done for it. There are plenty enough as it is. But this whole EBR gig is a pretty big part of who I am, and so I went away from that con with the determination to give her a book review. So here it is.
Read the rest of this review » 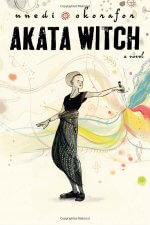 Do you know what the biggest problem is for an author trying to write a novel about kids that are caught in the middle of very dangerous events? Parents. Well, adults in general. How do you keep the grown-ups from coming in and hijacking the story completely while still making it all believable. I have a difficult time believing that any story that is told expressly about kids has a more important question to answer. This was a very interesting novel to read, given that perspective. Because on the one hand, this story totally has adults “dealing with the important stuff”, but on the other hand, there are also several adults that are more than willing to throw children into deadly situations, shrug their shoulders, and say, “If they live, they live. If they don’t, they don’t.” Was an interesting dichotomy to try and swallow, and not the only one I found in this read.
Read the rest of this review »