You may have already noticed, but there’s this little fever burning through the public at large right now concerning a certain speculative fiction series. Its novels are door-stoppers, its HBO episodes are reportedly hitting $15M a piece to produce, and it doesn’t take a rocket scientist (heh-heh) to realize that hitching your ride to such a wagon might not be the worst idea in the world if you’re looking to make a few bucks. It’s also available for attaching parallels that can instantly make a connection to the minds of many readers. So, seeing this book’s predecessor described as “A Game of Moons”, is sure to pull in more than a few readers, yeah? You’d think. But the difficult part in all of that would be the actual story, and whether it can stand up to such a comparison to a story that is loved by, literally, millions. Maybe you all can see where I’m going with this, and if you happen to remember my review of that last book, it’ll probably even be an easier line to pick up.
Read the rest of this review »

Posted: October 10, 2017 by Vanessa in Books We Like Meta: Fran Wilde, Fantasy

The city is dying. But those still living on the bone towers have no idea how much danger they’re in, because they haven’t seen what Kirit, Nat, Wik, and Ciel have seen. So many questions are answered, and not necessarily in the ways you’d expect. If you haven’t read book 2 CLOUDBOUND, then anything I say here about the final book HORIZON will be spoilers. Consider yourself warned.
Read the rest of this review »

Posted: October 3, 2017 by Vanessa in Books We Like Meta: Robyn Bennis, Steampunk

If you were disappointed in my mediocre rating for ARABELLA OF MARS (EBR review), then here is the book that will fulfill your military-steampunk airship cravings and to spare. THE GUNS ABOVE is everything ARABELLA isn’t: engaging characters, easy to read prose, exciting plot, hilarious dialogue, and a lead female character with brains.

Hallelujah.
Read the rest of this review » 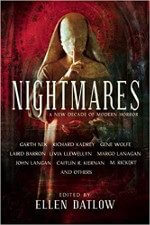 Horror is a genre that I really don’t feel like I’ve been able to fully sink my teeth into yet. I’m really a fantasy guy at heart, with a science-fed brain at the helm, and a soul that can’t help but love a good story. So while I don’t typically go out searching for new horror, I love coming across a new piece of horrific something that just hits my emotional buttons the right way. Of the several anthologies that we received via Ellen Datlow recently, this was the one I was initially most excited to read, even though I recognized the fewest number of names among the authorial inclusions. Someday I’m going to get my name (or pseudonym) in one of these things. Can’t wait for the day. Until then, I’m sure there’ll be a steady stream of them coming from the likes of Datlow and others. Each of them trying to lead its readers down a path that they might otherwise not necessarily want to visit, but are overwhelmingly compelled to, nonetheless. Some will succeed in fabulous fashion. Others, not so much. Depends on which buttons you like to have pushed and how hard. This anthology had a handful of those for me. Not as many as I might have liked, true. But enough that I really enjoyed what I found.
Read the rest of this review »

In general, I tend to steer clear of Urban Fantasy. Always have. Every once in a while I’ll make a foray into the realm, but by and large I’ve been disappointed with what I’ve found. The obvious exceptions, for me, being Butcher, Correia, and Hanover. The really difficult part is that there is quite literally a metric ton of Urban Fantasy books out there, and there are more and more showing up on the shelves all the time. With all those possible choices available, how does one go about finding the next great Urban Fantasy series/author to start reading? Well, short stories can sometimes help give you an idea as to whether you’re going to like an author or not. Trouble is, even some of the really popular novel authors don’t know how to write a good short story. So how can you tell? I’ll always fall back on recommendations. Anyone got one for me? I’ll trade you a few. Check it out.
Read the rest of this review »

Teenage Arabella Ashby was born and raised on the planet Mars–in a steampunk Victorian Era of inter-planetary ship travel. So imagine sea ships that travel between planets, Victorian manners and mores, and a Burroughs-like Mars landscape. David Levine’s ARABELLA OF MARS has been compared as a mashup of Horatio Hornblower, Burroughs’s Mars books, and Jane Austin, a conglomeration of all the things we love best about those three genres with steampunk thrown in.

It’s been a long time since I’ve read a series of books as I did here: one immediately after the other. It almost feels like I’m cheating the author in a way. I mean, this guy took five years to write these three books, and I go and burn through them all in just a few weeks. I mean, granted, they were awesome. So, why would I want to put off reading them? Exactly. I wouldn’t. In fact, I don’t think you should either. Get em now. Read em now. Such good stuff.
Read the rest of this review »

I told you this one would be coming really soon didn’t I? Oh yeah. The third book in this series was published in May of this year, and when I realized that a handful of weeks ago, I bought them all and got busy, because I immediately knew how I wanted to do this. So, I’m guessing that you’ll figure out fairly quickly what’s going to be coming your way… um… tomorrow? Ha, ha! Goodness for the readers! And if you’re interested in goodness, I checked out the author’s website last night and he has this killer sketch-rewrite of the Star Wars prequel movies that would have been so genius to see. Well, in all honesty, it wouldn’t take much to come up with a story that’s better than what we got, but trust me Bennett’s ideas are dang cool. I’ll wait to put a link for his blog post at the end of this review though. Cause you’re gonna want to check this out first.
Read the rest of this review »

This is another one of those authors that I’ve been meaning to get to for a long time now. Long time. Yeesh. Ever since I read Steve’s review of The Company Man. I’ve even bought two of this guy’s books at a second-hand store without even looking at the blurb since reading that review, but I just hadn’t worked any of them into my reading queue yet. Ugh, and I’m so regretting the fact that it took me this long. Because, you see, there are authors that write decent books, and there are authors that write good books, and then there are authors that make you never want to miss anything else that they ever write. Period. Like Abercrombie. Like Reynolds. Like Abraham. Like Erikson. And even though I wouldn’t say that Bennett writes like any one of these authors in particular, in reading this book I did find that he does have the chops to land himself in the same category of books as those storied authors: those of Books We Love.
Read the rest of this review » 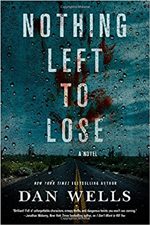