All Those Vanished Engines 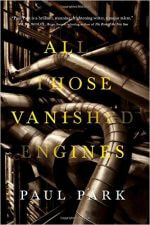 There is a tale written by a chap you might have heard of before (Hans Christian Andersen) about an Emperor that is duped by a couple of swindlers into paying for clothes made out of cloth that is not there. It’s called “The Emperor’s New Clothes” (just in case 😉 ), and it’s a wonderful tale that at its face can be viewed as being about not allowing yourself to be lied to and taken advantage of because you want something so badly, but has deeper meaning about not believing what everyone else does just because everyone else believes it. Once I’d written this review, I realized that a triggered remembrance of this old tale is exactly what I’d need in order to finish up. So let’s get to it.
Read the rest of this review »