Posted: February 25, 2016 by Writer Dan in Books We Like Meta: Stephen King, Horror 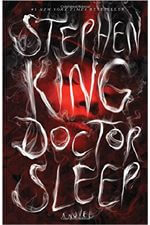 Stephen King is one of those authors I continue to pick up despite the fact that I’m frequently frustrated by the way his books end. There’s just too much good he does right to completely sign off and avoid reading his stuff. This is most especially true when it comes to the way his books begin. This book was one that I was really intrigued with and considerably interested in reading because it’s a sequel to THE SHINING (Amazon), which is probably one of the most preeminent ghost stories ever written. A really creepy book. Was hoping for much the same from its sequel.
Read the rest of this review »