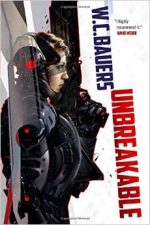 However, before Promise’s assignment is up she must prove her mettle in the face of impossible odds.
Read the rest of this review »