After seeing my most recent review of a Mike Resnick book, you might be surprised that I’d pick up another so quick. The fact of the matter is that I actually read this one before that one, but there’s a condition that most reviewers have where if they really love or really hate a book, it’s oh so easy to drop everything else, forget the queue, and just bang that one out first. The fact that this happened with my previous Resnick review should probably tell you that there wasn’t much to this book, and you’d be mostly right, but let’s be complete and get all the details, because it wasn’t all that bad…
Read the rest of this review » 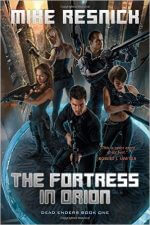 The Doctor and the Dinosaurs 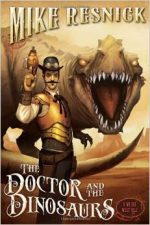 Mike Resnick has had a pretty good deal going here with these Weird West tales. Short books released once a year and bought like clockwork by Pyr. From what I understand, he’s moved on from this series to another Science Fiction-based one now, but still has the team from Pyr standing at the front of the queue for the next story he pumps out. In a way, I’m glad to see Resnick move on from this series; it hasn’t been my favorite, to say the least. And yet there’s a part of me that wishes that since this was possibly the last tale torn from the might-have-been lifebook of the man Doc Holliday, that it had gone out with more of a bang.
Read the rest of this review »

The Doctor and the Rough Rider

Sometimes it’s difficult to keep up in the reviewing world. It seems like no matter how many books you read, there are always three more that show up for every one you get through. As such, there are times when I go to reach for that next book and my hand gravitates toward those that are the thinnest. I can’t help myself. It’s a choice of simple economics. This was one of those choices.
Read the rest of this review »

The Doctor and the Kid 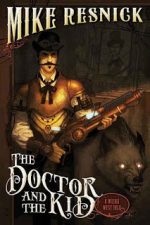 History, steam-punk, and the Wild Wild West. What’s not to love, right? I tell you, Lou Anders and Mike Resnick absolutely had an awesome brain-child of an idea when they decided to run with this one. There’s so much possibility with this mixup. So much real estate at your fingertips. And yet the first book was a bit iffy. Being fun and fast but not necessarily the awesome read I had hoped it would be.

THE DOCTOR AND THE KID (Amazon) is the second of those “Weird West” tales by Resnick and continues the story of Doc Holliday and his life in a Wild West twisted by the power of steam and electricity. The three main characters from the first story, THE BUNTLINE SPECIAL (EBR Review) — Doc, Ned Buntline, and Thomas Edison — have all moved to Leadville, Colorado where they hope to escape the after-effects of the OK Corral. Doc wants to set up shop as a dentist and drift into retirement/consumption-driven-death, and Ned and Tom follow him to have a quiet place to continue their research.
Read the rest of this review »

THE BUNTLINE SPECIAL (Amazon) is a weird Wild West tale stripped out of the historical annals of the region and twisted to decent effect by the master of science fiction, Mike Resnick. Think “electro-punk western” and you won’t be far off.
Read the rest of this review »

STALKING THE DRAGON by Mike Resnick (Amazon) is apparently the third in the John Justin Mallory series of fantastical detective stories. It was reprinted by Pyr a bit ago, and I hadn’t read a whole lot by Resnick, so thought I’d pick it up.

Our story starts out with a brief intro of Mallory, the detective and main character of our story, staring into a magical mirror on Valentine’s Day and getting ready to take his partner out to dinner. Then this big, hulk of a man with horns on his head hires Mallory to find his prize-winning, toy dragon by 4pm the following day, at which time it’s supposed to compete in a pet show (think dog-show and you won’t be far off). Normal detective-like happenings ensue.
Read the rest of this review » 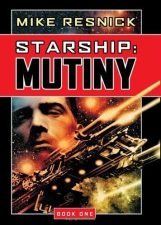