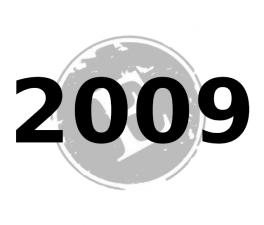 OK, we got called out on it, so to prove that we respond to almost ALL requests. Here is the Top 10. We didn’t particularly want to do one, since we only had 4 months of publishing reviews before the year was over, and there were only 26 or 27 books in our category Books We Like at the time. But here we are… doing what you wanted, because we are just that great.

Note: I have cheated here. Some of these are US releases where I saw fit. Some are UK releases. It’s my list. I can do what I want. And no, I will not put an order to them. I refuse. They all do different things incredibly well.

Steve’s 2010 Most Anticipated Novels
Swords & Dark Magic – Various. Edited by Lou Anders and Jonathan Strahan
Watcher of the Dead – J.V. Jones
The Crippled God – Steven Erikson
The Republic of Thieves – Scott Lynch
The Ragged Man – Tom Lloyd
Mr. Slaughter – Robert McCammon (Technically I’m not anticipating this. I have it. It is a beautiful book. I will review it shortly.)
The Dragon Factory – Jonathan Maberry
A Dance with Dragons – George R. R. Martin (I know, I know. Wishful thinking here…)
Dan Wells’ novels in their various US/UK releases (this is more for you readers…I’ve read their awesomeness already)
Way of Kings – Brandon Sanderson

Note: Maybe not the best novels written in 2009 (OK some of them are) but the books that I enjoyed the most.

Best Served Cold – Joe Abercrombie
The City and The City – China Mieville
The Grave Thief – Tom Lloyd
Nightchild – James Barclay
The Silver Skull – Mark Chadbourn
Starship: Flagship – Mike Resnick
Servant of a Dark God – John Brown
Neuropath – R. Scott Bakker (OK Why is this here? The review bashed the book. Well, for one simple reason. This book fueled many of the debates that I love so much. The aftermath of reading this book gave me plenty of entertainment. The book sucked.)
The Devil You Know – Mike Carey
Patient Zero – Jonathan Maberry

Nick’s 2010 Most Anticipated Novels
Shadow’s Son – Jon Sprunk
The Ragged Man – Tom Lloyd
Empire in Black and Gold – Adrian Tchaikovsky (And book 2 and 3 of the Shadows of the Apt series.)
Ghosts of Manhattan – George Mann (Technically I’m not looking forward to this anymore, since I have read it. I AM looking forward to reviewing it though. Awesome book. Look forward to the review folks.)
Shadow Prowler – Alexey Pehov (Once again, technically not looking forward to it anymore, since I have read it. It is awesome! Especially if you are a fan of Russian writers.)
The Unit – Terry Dehart (Ditto, except for the Russian writer part.)
Sword and Dark Magic – Various. Edited by Lou Anders and Jonathan Strahan
The Republic of Thieves – Scott Lynch
The Prodigal Mage – Karen Miller
Watcher of the Dead – J.V. Jones
Pinion – Jay Lake

Our 2009 Last Impressions
So. There you have it. Our various lists. As we looked over the lists of books we read, and compared it to the list of books coming out this year, we decided that 2009 was a great year for readers. And 2010? It will be WAY awesome. Seriously, just LOOK at those two lists we made!

Looking to scan through the reviews we wrote in 2009? We’ve got you covered. Check em out here –> (EBR Archive).