SyFy’s Expanse Cancelled… and Then Picked Up By Amazon! 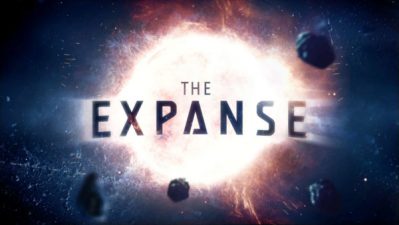 I can’t exactly formulate in my head how upset I was by the announcement that SyFy was going to cancel The Expanse after three season. In fact, I can only blame my depression and funk about it on why I didn’t say something about it earlier here.

The Expanse book series is one of our favorite series here at EBR. James S.A. Corey (Daniel Abraham and Ty Frank) have done an amazing job of not only creating a world and cast of characters that are amazing in that series, but they’re doing it again in the TV series. I don’t know how it might be possible, but if anyone out there has read the books and enjoyed them and not watched the TV series, you need to fix your error. Seriously amazing, fun stuff being done in that show.

This whole save scenario reminds me a bit of the save that Daniel Abraham got when he got picked up by Orbit after Tor let him go. Still, Tor did a great job in picking him up in the first place. So I can’t help but say Thank You to SyFy for getting this ball started rolling. Yes, they let the show go. Do I have any earthly idea why they might have done that? Yeesh. It boggles my mind. (Hopefully it’s not something as simple as only counting live-views in their ratings numbers, as one article I read suggested.)

But even more, I want to say Thank You (along with the masses of other fans out there) to Amazon in general and Jeff Bezos in particular. Thanks for keeping this show on the air. Yes, we’re just a bunch of book geeks here at EBR. But we’re also HUGE FANS of storytelling in general, and The Expanse is doing amazing-tastic things for storytelling, in giving our amazing duo of Abraham and Frank and everyone else with the show, the opportunity to re-tell the awesome story “most” of us first read about in the books.

Roll on The Expanse!!!