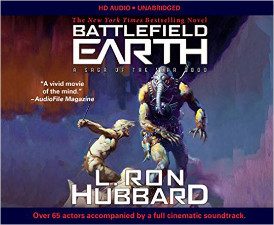 I’ve been hearing about this book for a long time from a few friends of mine, and so it has been on my TBR list for a while now, but I have to admit it wasn’t ranked very high. And then, lo and behold, I get notification that they’ve made an audio book out of the thing and I’m getting a free copy in the mail for my listening pleasure as long as I’ll post an honest review of it afterward and then pass the copy on to my local library. As my father always says, “Such a deal!” Once I got the thing though, I found I was in for a bit more than I’d expected, for the copy of the audiobook I received was 44 CDs long. Guess I hadn’t realized just how long the book was (despite the fact that I have a paperback copy sitting on my shelves at home). And the recording wasn’t just an “audio book”. It’s “dramatized”, which I haven’t seen a lot of in the past. The recording included the talent of 65 voice actors performing almost 200 individual characters and included more than 150,000 different sound effects. Pretty impressive, eh?

BATTLEFIELD EARTH (Amazon), a book that even has its own website here, was written by L. Ron Hubbard back in the early 80’s, less than a handful of years before he died. Science fiction and fiction in general has come a long way since then, to say nothing of how much the world has changed. The audiobook starts with an introduction that I really enjoyed. It talks some about the evolution of speculative fiction, fantasy adventure, and science fiction back in the day, and about how the author wanted to write a story that was “pure science fiction”. I’m not exactly sure what that meant to him at the time, or even what it might mean in today’s world. By modern standards though, I’d say that this one reads a lot like what I’d term a post-apocalyptic space opera.

There are obviously two major aspects to the audiobook that I think I need to handle somewhat separately. There’s the book itself, and then there’s the audio production.

The audio production was pretty impressive. I’ve already mentioned some of the stats. Listening to it though made it very obvious to me how much time and effort had gone into making it. They’ve taken every advantage to help illustrate in the listener’s mind the events occurring in the book. Having all those voice talents was different, but nice to have around. These days, you don’t typically see many more than two or three readers for an audiobook at the most, and there were 65 here. Although the main narrator does get a really large portion of the time. There are obviously places throughout the book where there just aren’t words or noises to make, and this gets filled with some background noise or music. I do think that it got better as the book goes along. The fairly simplistic story-telling for the first chunk of the book has a “very simple cartoon” feeling to it. Almost like Blue’s Clues, if you’ve ever seen that. There were lots of sound effects and lots of characters performing actions. But then once the story started to take off, the audio-aspects of the book became much more a part of the story for me instead of just an enhancement of it. On the whole, I really liked the presentation they’ve put together, and if you are a fan of the story I would seriously encourage you check out the audio book.

Now into the part of the review with which I’m most familiar: my thoughts about the book.

The bulk of the story is told from the perspectives of two characters: Johnny GoodBoy Tyler, a human living a meagre life in a village high in the mountains more than a thousand years after the planet has been conquered by the Psychlos, and Terl, a Psychlo and chief security officer for the entire planet. A large section of the story, however, is also told through multiple other POV characters. As with other older stories, there’s an omniscient narrator. Early on in the story, when there are relatively few characters around, this doesn’t impact the reading experience very much, but as the characters multiply the head-jumping abounds, and sometimes it got pretty bad. There was one scene that especially bothered me where we were head-jumping between two characters talking on a radio line. The big issue I have with head-jumping is that it can frequently confuse the reader which character is being referenced and pulls me out of the experience of the story.

The story starts with Johnny leaving his more in the mountains because he wants to know what’s out there in the world, and he doesn’t believe that there are “monsters” that they need to worry about any more. He bails and finds all sorts of remains of the world that used to be. Most of it is over-grown, but there are many different pieces that he tries to understand, and that we get the gist of, as he goes along. It isn’t long before Terl comes along and snatches him up with the help of some alien technology. Terl has a plan to get rich before retiring from this wretched planet, and finding an ample source of free labor is at the heart of that plan. So, he goes looking for some humans, and once he finds Johnny, he sets out to train him in the ways of the Psychlos.

The story is a fairly simple one, and given this much you can probably piece together most of it. Oppression of Psychlos over humans. Humans want to be free. Lots of alien tech around that the humans have to get used to and commandeer. Revolution. Then, there’s all this amazing tech, and yet some humans just want the simple life again and they’d give just about anything to have it.

You've heard of BATTLEFIELD EARTH but you haven't heard the Elitists' opinion. Yet. Wanna get in on the ground floor? We're happy to oblige.

The first portion of the story was easily the most entertaining for me. From the relics of ages past, to the eduction of Johnny, and then seeing him slowly work things in his favor to the point where he can put up some level of resistance.

About halfway through there’s a fairly large turn in the plot, and the remaining human population across the world becomes much more prominent in the story. Past this point, things started to take a turn for the worse for me. The focus of the book shifts, and instead of dealing with the Psychlo/human conflict, a lot seems to get done toward understanding why the Psychlos are the way they are. Observed motivations also seem to get tossed out the window, and suddenly characters are doing things and I had no idea why they were doing them. Johnny GoodBoy Tyler gets lifted up on a pedestal in the eyes of the remaining humans and he becomes some sort of GoldenBoy hero, while one of Johnny’s detractors from his village gets a lot of power from the quasi-government that starts to become organized. I had no idea why either of these things happened, or what might cause the people of the world to put either of these characters in positions of power. During this part of the story, there was also an increasingly large number of coincidences that started to occur. You know in the new Star Wars movie, The Force Awakens, when Han Solo and Finn walk into that massive planet-killing space station looking for Ray and stumble on her after about ten seconds of looking? Yeah. Coincidences like that. Only there’s no “force” to pawn it off on in this case.

Then, with about 10% of the story remaining, the plot takes another massive turn for the worse. This section of the story seemed to be about the evils of large corporations and governments, and it took every opportunity to show just how evil they could be. And if there’s anything that I hate more than bad writing in a story, it’s feeling like I’m getting preached at. Ugh. Even if I do wholly agree, it doesn’t matter a lick. Big turn off.

As far as the story goes, I wasn’t all that much of a fan. Although, there are plenty of people that have seemed to like it according to Amazon’s ratings (4.5 stars with over 2k reviews? Not too shabby). So, if you happen to already like the story and are looking for another romp through its pages, this audiobook would definitely be a great option to take. Or, if you’re new to this story, you still might want to try it out if you’re a big fan of older science fiction. Or maybe forget the story and just do it for the “dramatized” experience. Whatever.