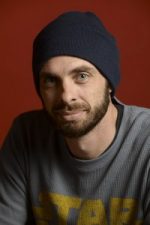 Jason Denzel may be a familiar name for many of you Robert Jordan/Brandon Sanderson fans as the architect of Dragonmount.com, the leading online fan community for The Wheel Of Time (WoT) series. Despite being busy with Dragonmount, JordanCon, and other endeavors, he was able to publish his first novel this past November: MYSTIC. Elitist Book Reviews wanted to ask Jason a few questions about his experiences and he graciously accepted.

Elitist Book Reviews: Was there ever a moment as you wrote MYSTIC where you sat back and said, “Yikes, this is way too WoT!” Or did you intentionally shy away from certain things to avoid feeling too similar?< Jason Denzel: No, there was never a time where I was concerned that my writing was too similar or derivative from The Wheel of Time. I’ve been a fan of the series since I was sixteen years old, well over 20 years ago. I’ve been running Dragonmount.com for the past 17 years. So it’s impossible for me to not feel its influence. I learned a lot from him. But my writing style is very different from Robert Jordan’s. The themes I like to explore are echoes of the ones he wrote about.

EBR: First memory of reading/discovering speculative fiction or fantasy?< JD: The first fantasy novel I remember reading was THE BOOK OF THREE (Amazon) by Lloyd Alexander, the first book of The Chronicles of Prydain. When I was just a child, somewhere along the way, I’d acquired a movie tie-in edition of THE BLACK CAULDRON (Amazon), which was the second book in the series, and also the title of the animated Disney film. When I turned 12 or 13 years old, I showed interest in reading it, so a family member bought me the whole series. It was initially intimidating, but I fell in love with the characters. Finishing the series was a bittersweet experience for me. I was delighted to have reached an ending, but but also terribly sad that their adventures were over.

EBR: What are your main literary influences?
JD: Obviously Robert Jordan is a huge influence to me, but two other important writers to my style are Ursula K Le Guin, and Frank Herbert.  Le Guin’s Earthsea novels were partially what influenced me to explore the idea of master wizards and apprentices, deep magic and personal quests. Herbert’s original Dune novel (and to a lesser extent, the sequels and prequels) blew my mind and still sing to me, decades after I encountered them.

EBR: Other writers who have inspired you and/or helped you along the way?
JD: I’m incredibly fortunate to count Brandon Sanderson as one of my friends. Not only has he extended his hand and let me see the inner working of his mini-empire, but he’s been a guide and mentor for me. I’m very familiar with his work, and–like Robert Jordan–his style is certainly influencing me. Anytime I’m around Brandon, I feel uplifted and inspired to improve my writing.

Another important set of writers who’ve helped me are the various members of my writing group. MYSTIC wouldn’t be published today in this form if it hadn’t been for them. We meet regularly, and my writing is better for it.

EBR: Describe your writing process.
JD: I use Scrivener to do all my fiction writing. But before I get to that point, I like to brew stories in my head for a while. Right now I’m focused on the Mystic trilogy, but I’m already developing ideas for my next series as well as some stand-alone projects. Many of these early ideas get jotted into a notes application on my phone or iPad as they occur to me. Once I feel as though an idea has a strong hook and a few compelling characters, I’ll create a Scrivener project file and begin laying out all my ideas. That usually develops into a loss outline. Then I’ll write a few test scenes, just to get a feel for the characters and the overall project. From there, I begin to churn chapters out, before sharing them with my writing group or other trusted first readers. Eventually I’ll revise, get more feedback, revise again, repeat the process a dozen times, and then it’s time to submit!

EBR: What can you tell us about the next book in this series?
JD: MYSTIC DRAGON takes place several years after the events of MYSTIC. It expands the world, and introduces several new important characters. The stakes are higher now, and the challenges more intense. I don’t want to spoil too much, but it will also give readers deeper explanations about the Myst, and how it works. In many ways it’s a story that both answers some of the questions raised in the first novel, and also sets the stage for the events in the third and final novel, MYSTIC SKIES. It was a conscious choice on my part to have MYSTIC be a simpler, familiar story that was well told. With MYSTIC DRAGON, I want to upend reader’s expectations, taking them to new places, and exploring less-commonly discussed themes.

EBR: What has Dragonmount.com meant to you?
JD: Dragonmount.com, its community of fans, and the Wheel of Time series itself, have all been central parts of my life. Not only have they introduced me to some of my closest friends and helped me launch my own writing career, but they’ve challenged me to better myself, and to find new ways to problem solve. My experience working on DM’s web servers gave me career skills that I still use today in my day job. I learned how to be a better communicator. I gained confidence being in front of large crowds. I’ve had the opportunity to connect with fans and professionals in the industry to hear about the kinds of stories they want to read.

EBR: Tell us a little about your kids and their role in your life.
JD: My boys are my first priority, every single day. They’re 10 and 7, and so just beginning to experience all the stories, worlds, and characters out there. Like many families, we read together, play video games, watch movies, and explore with our own imaginations.

Their mother is the host of a parenting podcast called Parenthood by Fire. She shares a lot of anecdotes about them there, which you’re welcome to listen there if you’re interested. http://www.parenthoodbyfire.com

EBR: How can all your new fans contact you?
JD: My website, JasonDenzel.com, and my Twitter account (@JasonDenzel) are the best places to find me. Email works, too.  In fact, if you’ve read MYSTIC, and would like to read some bonus content, just go to my website and email me and I’ll send you a deleted chapter from Mystic, and a preview chapter from MYSTIC DRAGON.

Thanks so much Jason for hanging out with us here at EBR!

This interview was conducted for Elitist Book Reviews by Vanessa.