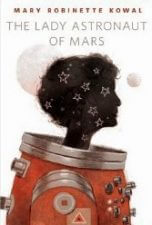 This year’s nominations are all very different and good in their own way, but only one really stood out to me and will get my vote (read them yourself and decide which one is worth your vote!). We’ll cover the others first:

“The Truth of Fact, the Truth of Feeling” by Ted Chiang (Subterranean, Fall 2013) at first threw me off because it reads like an essay–which is essentially what it is, but it’s merely another way to tell the PoV character’s story. Technology has made perfect memory available to every human being via a product called Remem that not only records one’s life, but you can instantly search for events and replay them. Had an argument with your wife and she swears you’re wrong? Simply run a search and find out. In parallel, Chiang tells the story of Jijingi, a young man from a simple village who learns writing from a missionary. Chiang’s prose is easy to read, the tone conversational. We follow the thought process as the PoV character works through the issues involved in instant memory and insists that sometimes it’s better to forget, otherwise forgiveness is difficult. But then he learns an important lesson about himself as a result of instant memory…and for most readers it’s that revelation that made this story nominatable, but to me it felt disingenuous and preachy. I finished it without the satisfaction I usually expect at the end of short works.

“Opera Vita Aeterna” by Vox Day THE LAST WITCHKING (Amazon), Marcher Lord Hinterlands) is a fantasy about magician-elf Bessarias who travels to an abbey to discover how men of faith obtain power to perform their miracles. He asks to stay and learn, but the abbot makes him promise not to use his magic while there. An unlikely friendship is formed as they discuss theology and other topics, and Bessarias discovers a love of illuminating sacred texts. But his stay there is interrupted once a year as his demon familiar attempts to convince his elf master to return home. Here the prose isn’t as clean as the other authors’, Day tends to wander in his story and wording, giving “Opera” a fairy-tale feel. While it was interesting, I didn’t find the story as compelling as it could have been, mostly as a result of a lack of attachment to the characters.

“The Waiting Stars” by Aliette de Bodard THE OTHER HALF OF THE SKY (Amazon), Candlemark & Gleam was hard to follow at first, the plot not telegraphed early on–which threw me off since it’s a short work. Fortunately, the author is able to say a lot in few words, and the story begins to blossom when we meet Catherine, who is stuck in an institution, the circumstances unclear as to why she’s there or why she yearns to travel out into space. At the same time Lan and her cousin Cuc work to rescue their family spaceship from the Outsiders, who’ve captured the ships and the Minds that power them. De Bodard weaves a compelling story as we attempt to understand the mystery of Catherine’s situation and also the interesting culture of Lan and Cuc. I finished the story feeling like there’s so much potential in the world-building–the shortness of “The Waiting Stars” was a disappointment because there was still so much to learn about these fascinating people (not necessarily a bad thing!).

The Elitists break down the Hugo 2014 Novelette ballot. And, surprise, they even chose the winner. Okay, maybe that wasn't such a big surprirse.

“The Exchange Officers” by Brad Torgersen (Analog, Jan-Feb 2013) is about an American space station where the “astronauts” are avatar-like proxies that are controlled by military “Operators” from a safe distance on Earth. The Chinese have decided to try to take over the incomplete space station, and Chopper (Warrant Officer Dan Jaraczuk) and Chesty (Warrant Officer Mavy Stoddard) are the only Operators able to fight back after the initial EMP. Torgersen jumps from action to flashback–where they meet and begin training with the proxies. He has complete control of the story, it never lags, but still gives you the information you need to begin liking these characters and understand the delicacy of their situation. It’s a fun story with an unexpected ending–my second favorite of the nominations.

“The Lady Astronaut of Mars” by Mary Robinette Kowal (maryrobinettekowal.com/Tor.com, 09-2013) tells us that humans have been settling Mars since the 1950s, all thanks to the lady astronaut Elma. Now Elma is in her 60s, long past the age for any more space missions, no matter how badly she wants to go. But even if there were to be a mission, her beloved husband Nathanial only has a little while longer to live. Then she’s approached by the director of the Bradbury Space Center on Mars for a solo mission from which she might not come back. Now she must make a painful decision: leave Nathanial before his death and feel guilt over it for the rest of her life, or turn down the mission and regret her one last chance to be in space again. Kowal is a beautiful writer, full of emotion, even if it’s not the grand epic variety–I think it’s the closer-to-home stories that touch us best. Here Kowal moves us to Mars where one would think that life would be different, but then shows us that no matter where we go the human experience remains the same. I teared up because the story so lovely.

So maybe I’m a sap for a sweet love story, even if it’s for a couple of geriatric astronauts, but “The Lady Astronaut of Mars” gets my vote for the 2014 Hugo.