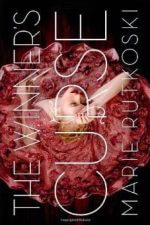 Kestrel is the teenage daughter of a general in the Valoria army, the equivalent of the ancient Roman Empire. He helps the provincial governor in the Herrani territory, where they have enslaved the invaded locals. As a Valorian she must soon decide to join the military or be married. But despite a knack for strategy her combat skills are lacking–her true talent lies in the piano.

Arin is Harrani, and like all his people he is a slave. But he has a secret, and when Kestrel buys him spontaneously at an auction, even she doesn’t guess his intentions until it’s too late.

You can pretty much guess where the story goes from here: two star-crossed youth from different worlds who, over time, come to realize their feelings for each other. Cue mushy, wide-eyed, and contrived scenes. Still, it was fun and I’m sure a lot of YA female readers will love it.

Not only will they enjoy the romance, they’ll find the main character Kestrel a typical teenage girl, with her own strengths and weaknesses. Her love of music is inherited from her mother, but it’s a skill usually only Harrani have. Her knack for strategy gets her out of more than one tight spot (as well as causing problems), and while this adult’s discerning eye sees the obvious set-up, I know that the target audience will find her talents pretty cool.

YA romance set in an anicent Rome-like world, THE WINNER'S CURSE has not one, but two protagonists with a gift for strategy.

Arin is the brooding yet clever slave whose blacksmith training is a valuable skill (convenient, no?). He’s handsome, although Kestrel doesn’t ever seem to notice(???). He thinks that Valorians are a ruthless and corrupt people, but as a result of his direct observation of the tender-hearted Kestrel, he discovers his belief may be wrong. Unfortunately he discovers this too late and must attempt to mitigate the potential fall-out with the woman he’s fallen in love with.

The story is told in third person PoV between Kestrel and Arin in a way that highlights their personalities yet also gives us a view of this alternate world Rutkoski is creating. There are parallels with ancient Rome and its conquered territories–but that’s as far as the fantasy-side gets, there is no magic/mystical here. It was interesting to see how invaders and the conquered would have lived side-by-side, how the different cultures clash. There are descriptions about the land and the people and their interactions, but it could have been so much more. However, while more world-building could have created more depth, alas there wasn’t enough time.

The story starts off well enough, but the middle is circular as the main characters interact with each other, until the plot finally takes off in the last quarter and everything turns upside-down. It didn’t end the way I expected. THE WINNER’S CURSE (Amazon) is the first book in a trilogy so I have no idea where the story is headed, but with that ending (even if it was rather deus ex machina) I think I might want to find out what happens next, just to see how Rutkoski tries to unravel the mess she’s made.