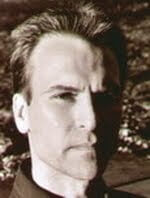 We were recently offered the opportunity to interview Ian Cameron Esslemont (Cam), author of NIGHT OF KNIVES, RETURN OF THE CRIMSON GUARD, and STONEWIELDER. We first met Cam at World Fantasy back in 2009, and we were immediately impressed by his openness and enthusiasm. It was one of those situations where you meet an author for whom your exceptions are unrealistically high… only to be easily met, and then just as easily surpassed.

Ian C. Esslemont (Cam): Brag? Well, what I will say is that among the groaning fantasy shelves the World of Malaz is different. If you are tired of the predictable hero-beats-villain-gets-girl fantasy staples and are looking for something a little bit more challenging, then Malaz is for you. The series is, for better or worse, more like the realpolitik of life. All is shades of grown-up moral grey and the good guys don’t necessarily win. In fact, it’s rather hard even to find any good guys – which is not to say there is no one to root for. There are plenty of individuals to identify with and we follow their fortunes, their mistakes, and learn with them. If a great number of fantasy series aim to embrace the reader in the glow of medals earned through perilous trials and set-backs – the drama of expected rewards, then in Malaz I believe Steve and I are more interested in inviting the reader to share in the wrenching conflicts of being human, which is to say – the drama of tragedy.

EBR: With every novel you seem to get better and better—your war scenes, specifically, are some of the best out there. A measure of growing confidence can be seen in your writing. Where do you think you’ve improved the most, and where do you think you still have room to grow?

Cam: Many thanks for that generous evaluation. I believe that what you mention is exactly where I have allowed myself to grow: in confidence. Early on I wouldn’t explore much of what I do now simply because I wasn’t sure I was ‘allowed’ to, so to speak. Now I’m more inclined to just go for it, reasonably confident that the reader will give me the rope necessary. As to where I might still have room to grow, yikes! I feel that there’s still plenty of room for me to explore all the aspects and elements of story that I hope to.

EBR: How much feedback do you get from Steven when writing, and how much do you typically give on his own work?

Cam: Currently, the feedback has actually been far slimmer than many would assume, I think. The time for most of that has passed. We shared enormous feedback in the mutual creation of the world. It was a dialogue in which we hammered out all to come later. Since then the feedback has been more ‘global’ judgments (as they say in creative writing workshops), as when I read a finished manuscript from Steve and give it the ‘thumbs up’ or he does the same for me. Occasionally, one of us would get snagged on a particular plot or character problem or such and we would kick it around together to come up with a resolution. For example, in my upcoming fourth: Orb Sceptre Throne, I tackle Kruppe and so I can tell you I was very apprehensive. I talked that one over a great deal with Steve – he even suggested how I might resolve that particular plot thread. Likewise, he knows I’m dealing with Jacuruku next and so he asked how I was developing the Ascendant Ardata.

That’s the nature of the feedback right now I guess: plot and character specifics, world continuity, shuffling options for greatest effect, that sort of thing.

EBR: Do you have any plans for a few short stories/novellas of your own?

Cam: Actually, yes. Steve has encouraged me to tackle tales of the early ‘Empire’ in the form of novellas similar to his Bauchelain and Korbal Broach series. I am also interested in what happens to Shadowthrone and the Rope and their realm after the point that we leave them off. So that is another possibility as well. Unfortunately, I’m not as fast a writer as Steve and I have a full-time day job of looking after my sons. So I am currently hard-pressed in managing to keep up with one novel a year as it is. Next year, though, I believe I may have more time available to explore those works. I hope so. And I hope the readers would be interested in hearing those stories.

EBR: What made you decide to focus on the “old guard” in your works? Was it specifically planned by you and Steven?

Cam: It was planned. In our division of stories and arcs these were the areas I wanted (at least that’s the way I remember it). Or perhaps it just worked out that way. In any case, it wasn’t all that formalized with barriers or ‘turf’ so to speak. Nothing like that. We both merely went where our interests took us and compiled a master list of some fifteen or so possible novels, or projects, which would constitute the main arcs. That list goes way back.

I’d like to take this opportunity, if I may, to address this issue of collaboration. Many times Steve and I have heard people express surprise at what we have accomplished together and at our continued cooperation in this creative project. For neither of us it is a surprise. I’m not sure why, but perhaps it is generational, and, to an extent, professional. In the field of archaeology he and I saw firsthand the bitterness and division the old-school approach of possessiveness and professional rivalry can generate. Unlike this old model, neither of us sees the other’s success as our failure. Rather, each of us sees the other’s success as adding momentum to the larger project. Burnishing it further, if you will. In anthropology there is an old concept of societies that subscribe in the idea of ‘limited good.’ This is an ancient worldview wherein any good accruing to another, a neighbor or relative, means there is less ‘good,’ or fortune, remaining for you. Suffice it to say that neither Steve nor I subscribe to it.

EBR: You are three novels into your series. What has been the highlight of it all so far?

Cam: Well, by far the biggest so far is just getting into print in the first place. Given that, the appearance of Night of Knives, real and physical, would be that highlight. Other than this the contract with Bantam for four more novels was of course another. On the larger scale, so far I believe I’m lucky in being able to say that each work has been the highlight to date. I felt that way about Return of the Crimson Guard, with Stonewielder, and now with Orb Sceptre Throne as well.

EBR: If you had to recommend someone a novel/series, what would be the recommendation? No cheating here by recommending your own or Steven’s.

Cam: Oh dear, this is a tough one because I’m reading more nonfiction for research and such right now. What I do wish to put in a plug for (as if he needs one from me) is the SF of Iain M. Banks who deserves far more attention here in the US. I am reading fantasy series with my lads and so can speak to the target age of about ten years old or so. Here, I quite enjoyed the ‘Last Apprentice’ series by Joseph Delany. I feel that he did a fantastic job of evoking a harsh and very dark ‘real’ world that is actually quite creepy (at least for us adults reading along).

EBR: What does the future of your series hold for the readers?

Cam: As I mentioned, Orb Sceptre Throne will be out next. It is set in Darujhistan and follows up on Toll the Hounds quite closely. It is thus more or less contemporaneous with Stonewielder. Right now I am working on the next of the series, which follows events unfolding upon the continent of Jacuruku. The working title for this novel is City in the Jungle. After this (everything having worked out) I hope to tackle the final work of the main arc, which is titled, Assail.

That is the main sequence for Malaz. If I somehow find extra time there are SF projects I’ve had my eye on for some time now. I can only hope.

EBR: Thank you again, Cam, for dropping by. It has been a true privilege for us. Any parting words for our readers, and can we expect to see you at any conventions in the near future?

Cam: Yes, Steve talked me into coming to the World Fantasy Convention and I quite enjoyed it. Now we both try to make it so we can hang out together for a time. This year it is in San Diego and I hope to make it. After that, I understand it will be in Toronto and so Steve and I really ought to make that one!

Many thanks to everyone at Elitist Book Reviews. It has been great having the chance to talk over all things Malaz.